Backgrounder & Summary: Prevention and Protection of Violence Against Women Bill 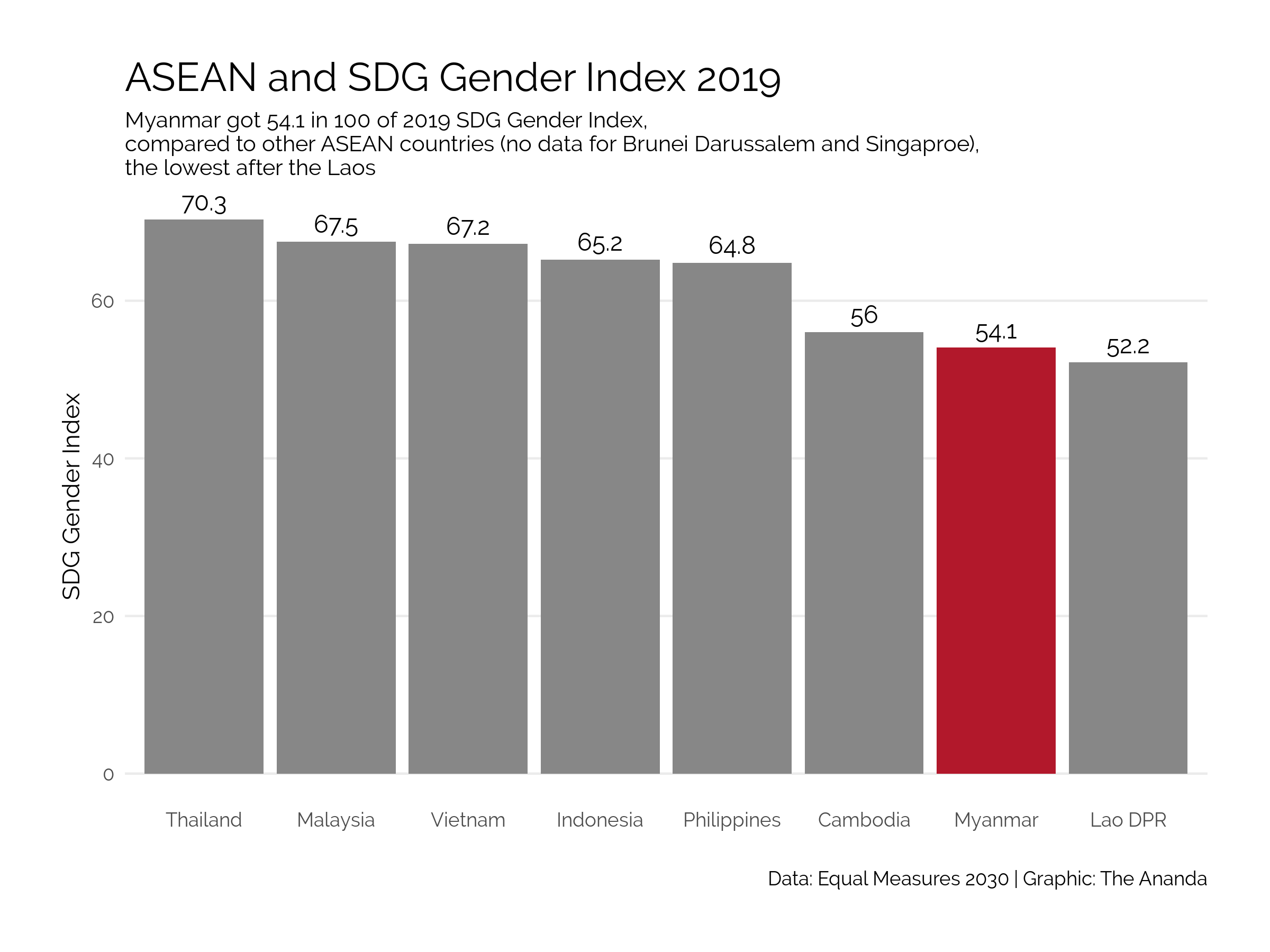 The bill has been described in a government-owned newspaper since the 25th of January 2020, and was posted on the website of the Pyidaungsu Hluttaw on 27th of January 2020. If approved, the law will be the first primary legislation dedicated to the prevention of, and protection from, violence against women, other than relevant provisions in the criminal code.

Constitution of the Republic of the Union of Myanmar (2008)

The Constitution promises equal rights to all people before the law and equal legal protection (Article 347). It also prohibits discrimination of any citizen based on race, culture, sex etc. (Article 348). Women have a constitutional right to receive the same salary as men (Article 350).

In 1995, a Myanmar delegation attended the 4th World Conference on Women held in Beijing. To implement the goal of equal rights for women set by the Conference, the government established the MNCWA in 1996, and formed working committees at various levels. It was disbanded in 2003, then re-established in 2012.

Under the current government, the Committee was again reformed under President Office Notification No. 81/2016. It is to be chaired by the Minister for Social Welfare, Relief and Resettlement, comprising 6 representatives from CSOs leading women’s affairs. Its duties are to submit a CEDAW report to the UN Committee for CEDAW every four years, to review and implement the National Strategic Plan for the Advancement of Women (2013-2022), and to draft laws and by-laws for the prevention and protection of violence against women.

According to data from Equal Measures 2030, Myanmar scored only 54.1 out of 100 in 2019 SDG Gender Index, the lowest after the Laos. The index measures the state of gender equality aligned to 14 of the 17 Sustainable Development Goals (SDGs) and is intended to comprehensively reflect the situation regarding gender equality. In Myanmar, 17% of ever-partnered women in long-term relationships aged 15-49 years have experienced intimate partner physical and/or sexual violence at least once in their lifetime, and 11% of ever-partnered women aged 15-49 years experienced intimate partner physical and/or sexual violence in the last 12 months. (UN Women, 2016).

Myanmar is currently using the Penal Code to protect women against violence, two-thirds of which occurs in the home, yet there is not a separate law. The current bill posted on the website of Pyidaungsu Hluttaw has been in development since at least 2013.

The bill includes the duties of a Myanmar National Committee for Women; provisions for violence prevention and women’s protection, temporary protective measures and protective orders; authorized persons’ duties who are obliged to protect victims, including responsibilities for the examination of violence cases, and; prohibitions and penalties, including civil reliefs.