Finance Commission, chaired by the President, met on 13 July to approve the budget proposals which will be tabled to the parliament in the upcoming session. The executive commission, which includes ministers and chief ministers, didn’t release the detail information of how the government budget at both union level and subnational level, but two vice-presidents provided a brief outlook of union government and subnational governments. Here is how these budget would like compared to previous years. The new budget is the first government budget after the change of fiscal year from April-March to September-October. The government is currently implementing the interim budget that runs from April to September, 2018. 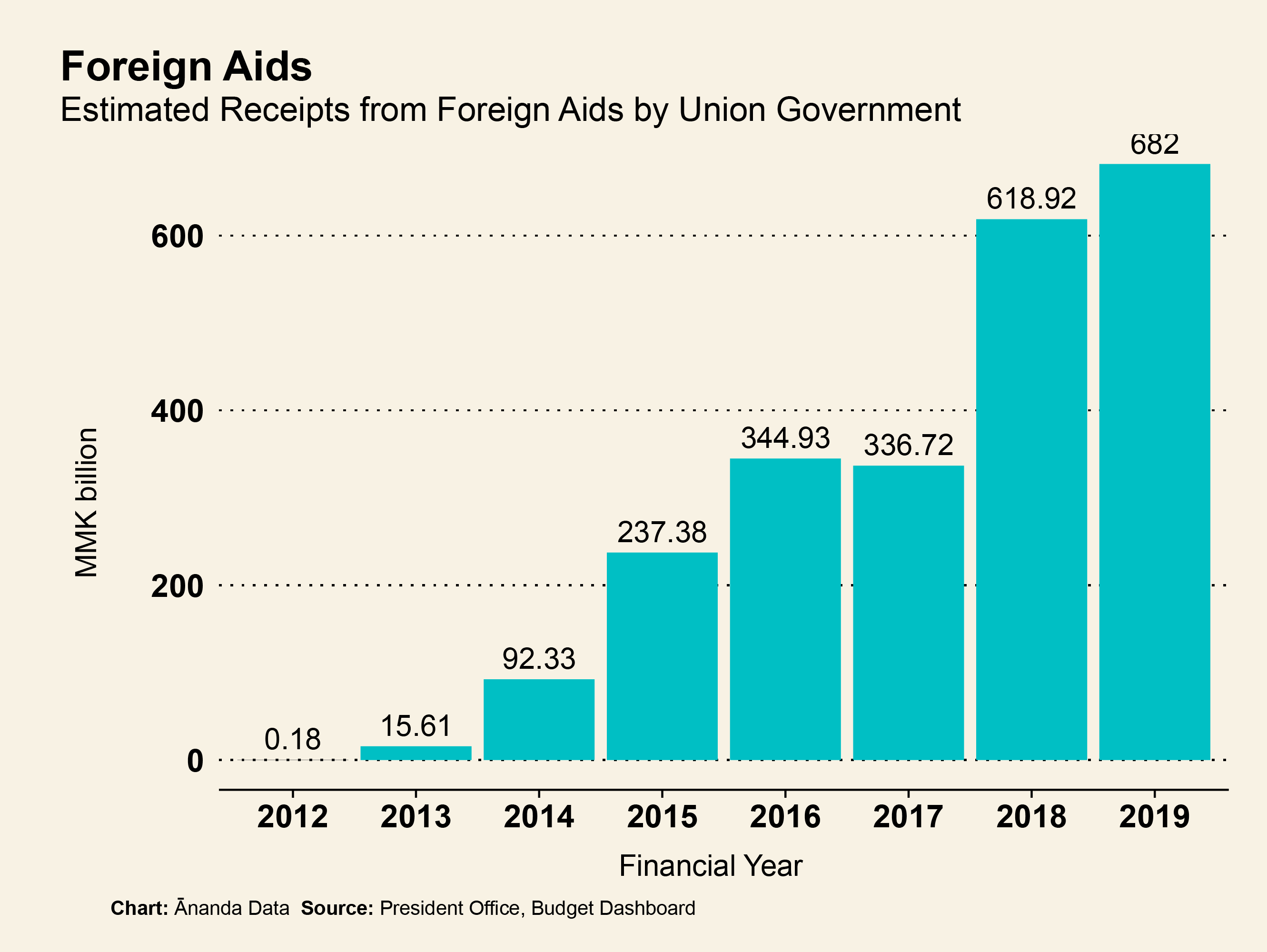 The Union government has predicted the increase in foreign aids from 618 billion MMK last year to 682 billion MMK in the upcoming year. The foreign aids receipt has been steadily increasing yearly despite a decline in 2016-17 FY. 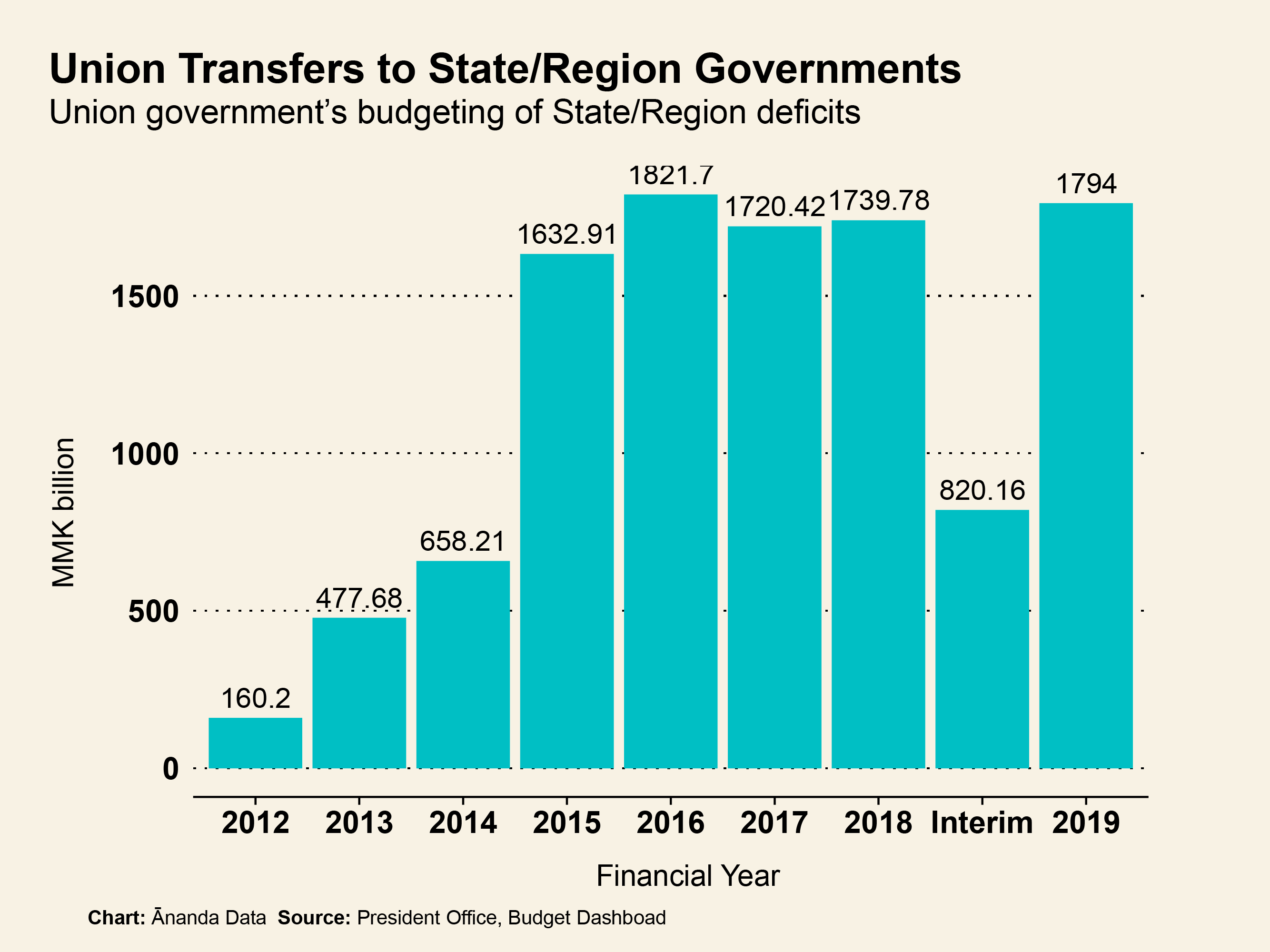 Union government’s budgeting of state/region government will continue to maintain at the level around 1,700 billion MMK. It will increase to 1,794 billion MMK in the next fiscal year. 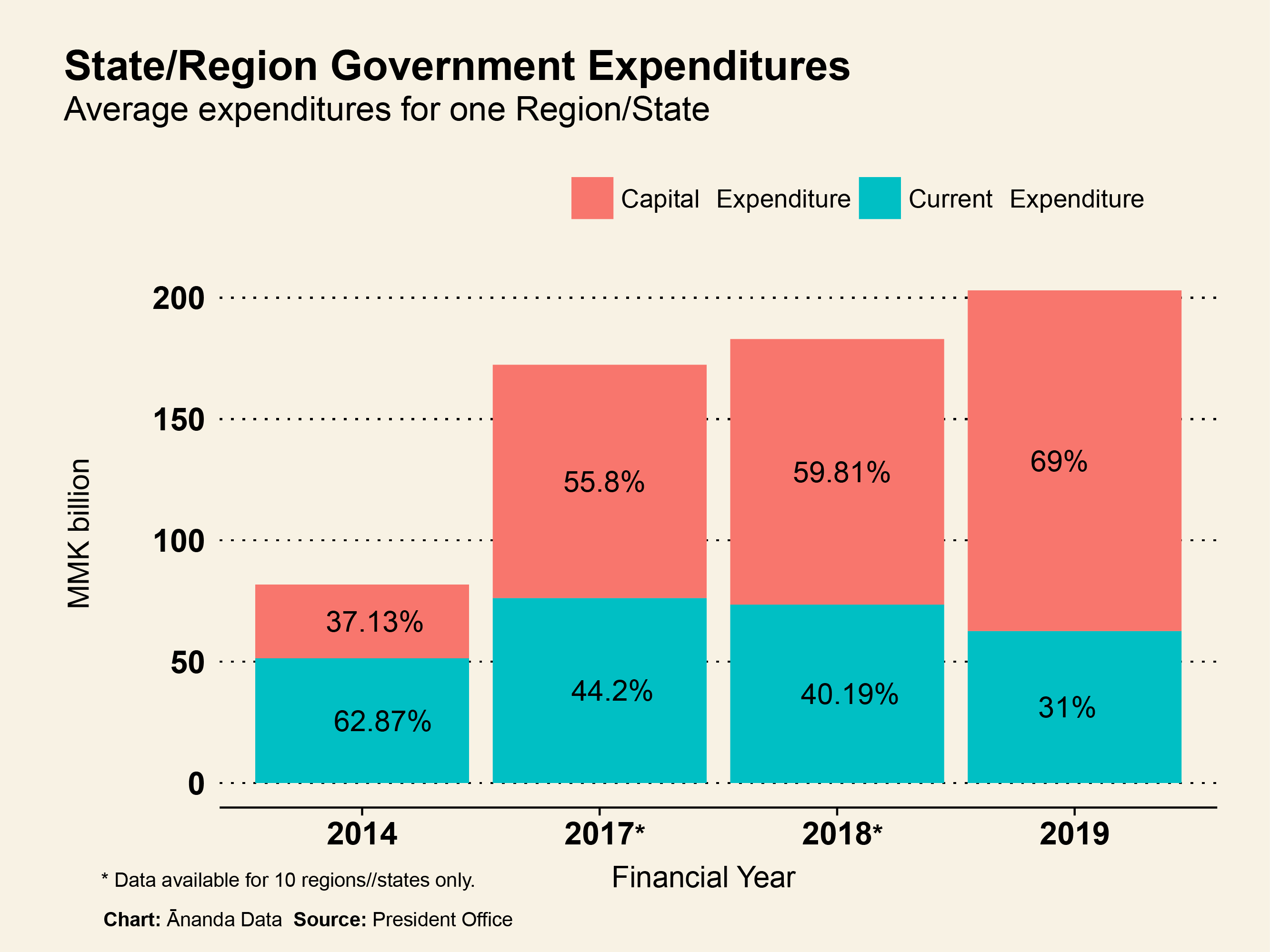 You would wonder how would the budgets of state/region governments look like. The vice-president II said there will be 31 percent of current expenditures (salaries and other direct costs) and 69 percent of capital expenditures. Since we only have the data for 10 states/regions in 2017 and 2018, we try to compares average state and region expenditures each year. 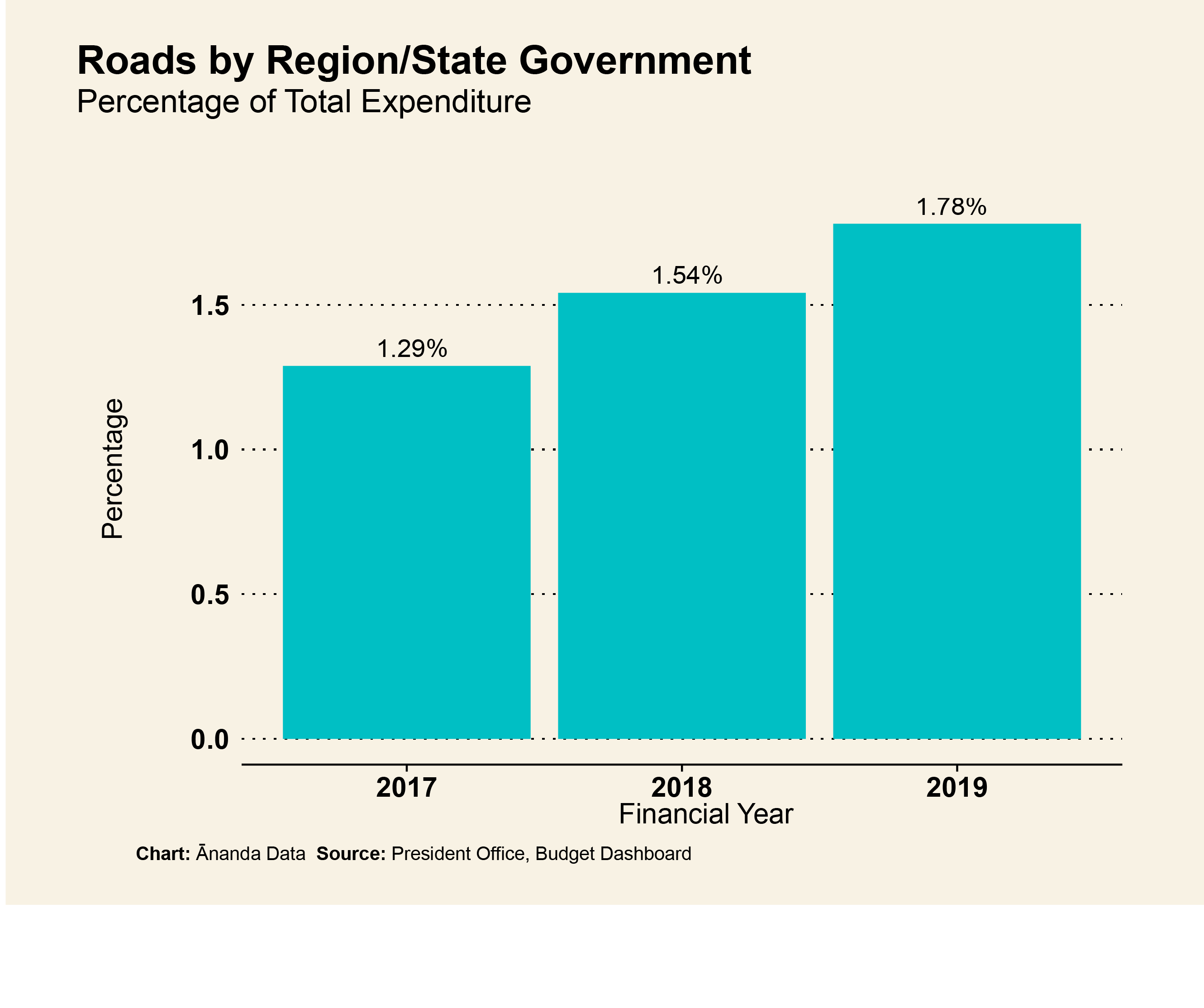