Upcoming parliamentary session will merely focus on supplementary budget proposals which try to adjust additional financial requirements of government ministries as needed through the implementation of the annual budget law.

The executive Finance Commission headed by the President approved the supplementary budget proposals, now with the parliament, on 7 April. 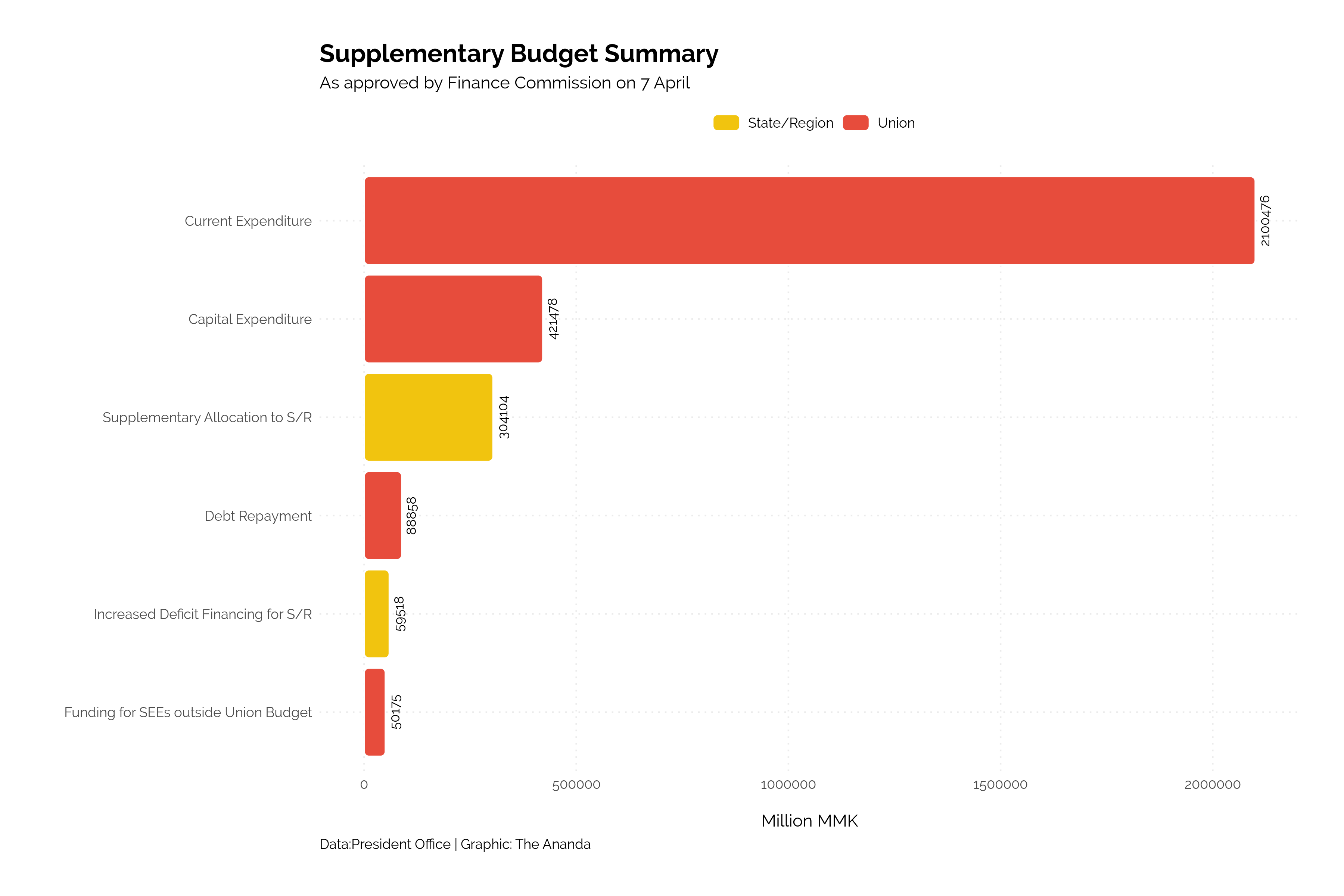 Union-level organizations/ministries and State-owned Economic Enterprises outside the Union Budget requested 2,997.656 billion MMK in supplementary budget. The Finance Commission approved the 2,660.987 billion MMK as the Ministry of Planning, Finance and Industry reviewed the initial proposals and cut 336.669 billion MMK.

The State/Region Governments requested 399.658 billion MMK in supplementary budget proposals which was also reviewed by MOPFI who suggested the Commission to reduce the amount to 304.104 billion MMK, cutting 95.554 billion MMK. The adjusted budget proposals required the Union government to contribute 59.518 billion MMK to the subnational governments in deficit financing. The supplementary appropriations for the state/region governments will be used in projects that have direct impacts on lives of the people in the areas, the commission noted. The budget cut criteria for the subnational budgets are set on receipts of previous Union contribution, revenue share and original budget. The ceiling set for the additional allocations is no more than 3 percent of original budget. 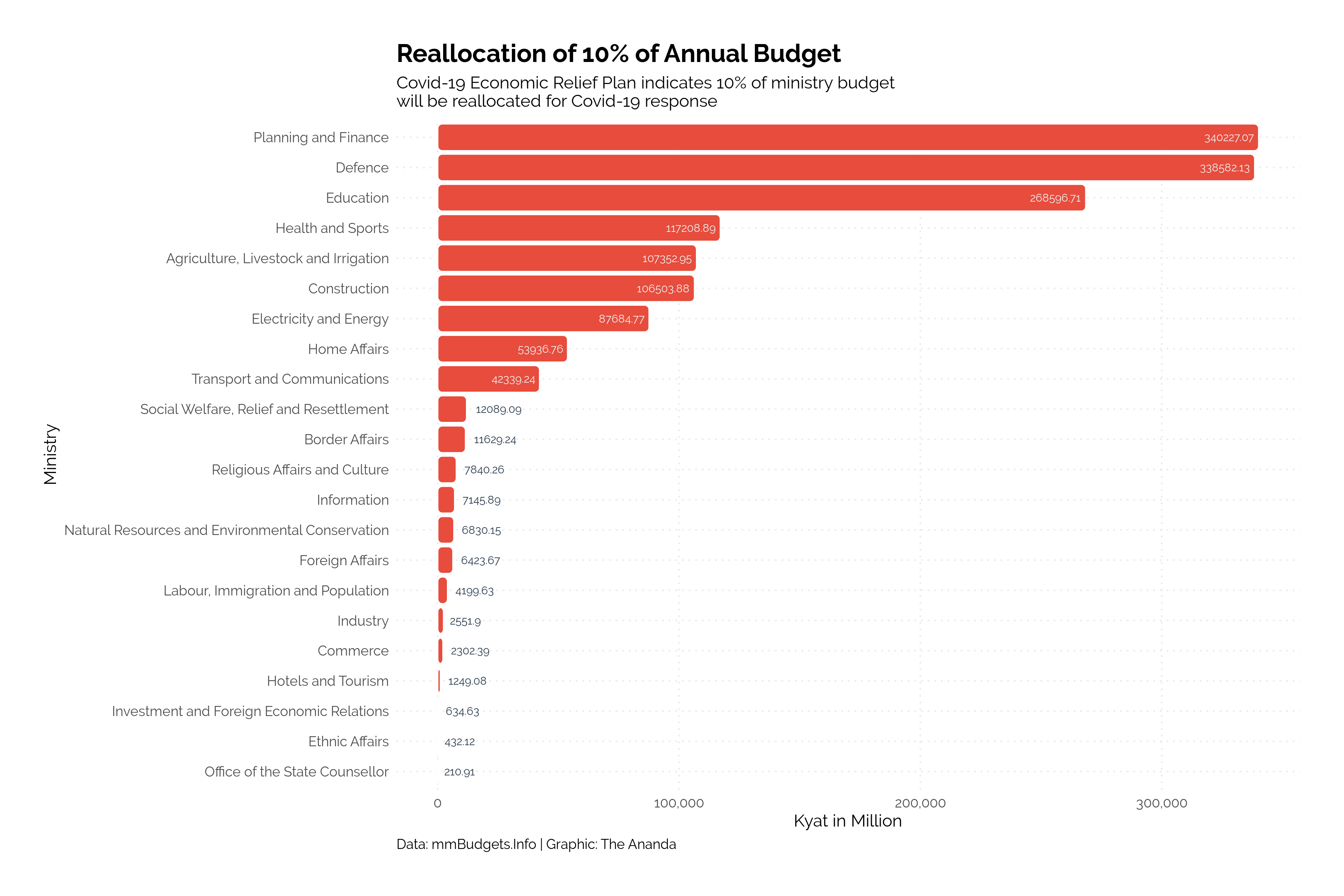 According to Covid-19 Economic Response Plan released by the government in April, the budget of ministries will be cut up to 10% which will be reallocated for Covid-19 response. The highest possible amount from this budget reallocation would be 1525.971 million Kyat.